What happened to John Travolta? Of course, this was the same thing we asked in the late 1980s when the Grease and Saturday Night Fever star was toiling away in cinematic bombs such as The Experts and Shout. Enter Quentin Tarantino and the rest is history.

Of course, it didn't take long for Travolta to waste away all of the goodwill from Pulp Fiction. I had thought that he hit rock bottom in last year's Gotti, but then I saw Speed Kills.

Based on the true story of Don Aronoff, a Miami speedboat icon, John Travolta stars as Ben Aronoff in a not so subtle nod to the fact that the filmmakers wouldn't even spend the money to properly attain the rights to Don's life story. Don, I mean Ben, is a big deal in the speedboat world and he's also rich which means that Travolta gets plenty of scenes with swimsuit model a third of his age and, being that it's Miami, finds himself smuggling cocaine into the United States.

At first, I was going to spend a great deal of time ripping Travolta on his look in the film. He wears a bad toupee and dye job that would put, well, John Travolta to shame. Seriously, it's bad and distracting. But as I was researching the Don behind Ben in the story, I came to realize that the Travolta's look was probably the best thing about the film. No seriously, here's a look at the real Don Aronoff below and compare it to Travolta's look in the trailer above and it truly is uncanny. 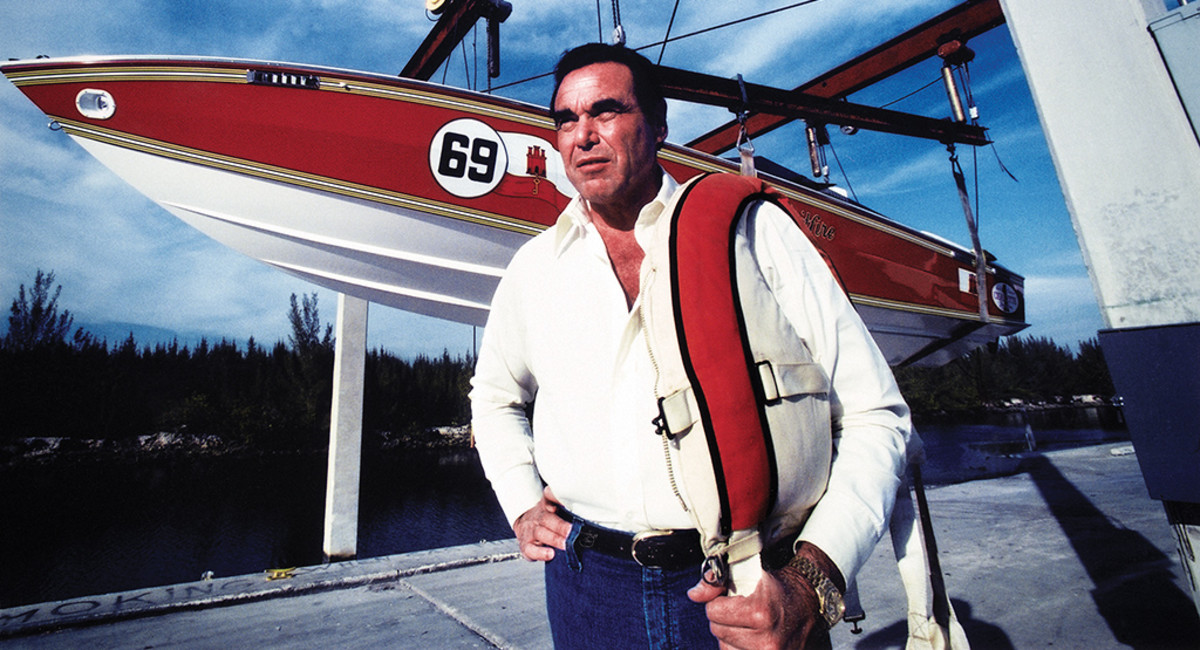 Of course, if that's the best part of the movie, you already know that Speed Kills is doomed. There's just something about the filmmaking that is off from the start. Given that unless you lived in Miami during the 1980s, you probably have no clue who Don Aronoff was, you might want to spend some time developing his character. But nope, they decide to use a very disjointed storytelling process replete with time jumps and the terrible plot device of starting at the end and then jumping back in time.

Spoiler alert, Ben Aronoff is shot and killed in the opening scene. So, not only do we not know who this guy is, but now he's dead so good luck building tension and suspense throughout the rest of the film. I have no clue why the filmmakers chose to tell their story this way. Had they simply followed a more linear story, the film would have been immensely better.

The film tries (and fails) to capture that Miami Vice vibe, but it never quite gets there. The plot is razor thin at best, which is a shame because in doing less than 15 minutes of research, I read up on the life of Aronoff's real-life killer (the mob hitman played by Tom Sizemore) and I found it fascinating. I mean, he was so baller that he stole Aronoff's gold Rolex off of his dead body and wore it every day from then on, including the day he was arrested for Aronoff's murder.

What could have been a fresh mob movie set in Miami, a nod to Scarface, instead finds a way to make drug-running in fast speedboats boring. I really didn't think that was possible and then I watched Speed Kills.

Ultimately, the movie was a convoluted mess that was so clunky in parts that it almost became incoherent. The story was pretty straightforward, but this is just another case of filmmakers shooting themselves in the foot. You don't have to be clever to make a compelling movie, you simply have to tell an interesting story.

The story of Ben, er Don, Aronoff is pretty interesting on its own. Heck, I'd watch a film based on the hitman that Tom Sizemore plays in this film before I sit down and suffer through Speed Kills again.

Speed Kills is now available on DVD and Blu-ray.