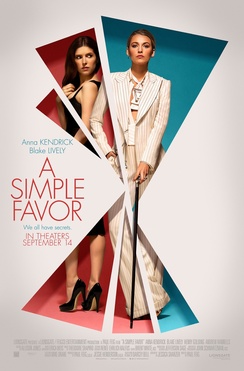 These days, films that genuinely surprise you are few and far between. This is especially true for films based on successful best-selling books. Filmmakers are not keen to stray too far from the written word lest they put off the book's voracious fans or create unwanted discord between themselves and the book's author.

For instance, take Gone Girl (and no, this wasn't just a random selection here). David Fincher is a brilliant filmmaker and while he certainly imparted his unique visual style onto the final product, the movie didn't really depart from the book much at all.

Now, don't get me wrong the book version of Gone Girl is most excellent and really a faithful adaptation is never a bad choice, but you have to wonder what Fincher may have taken the story if he had more of a desire to experiment. I mean this is the guy behind Seven and Fight Club, so his track record is pretty impressive.

Steven Spielberg recently made several very interesting choices when he brought the book Ready Player One to the big screen. I love the book and I love the movie, but I accept that while they share much of the same DNA, they are both very different works of entertainment. They both feature strong storytelling techniques that work better in their intended medium and wouldn't work in the other. For instance, in the book, the hunt for Halliday's egg is much more complex and takes many years. In the movie, Spielberg simplified the hunt and featured tasks that were much more cinematic in scope than simply beating Acererak the Demi-Lich in Joust.

So, this is a long way of saying that there is precedence when a filmmaker takes a risk and puts their stamp on a project. Sure, it could backfire, but more often than not, the resulting piece of art will stand on its own merits alongside the source material.

I read A Simple Favor earlier this year, long before I knew there was a movie adaptation coming out. The book comparisons to Gone Girl are impossible to avoid as they both delve into similar plot points, albeit from different perspectives and with different outcomes. Put simply, you can feel Gone Girl's influence on A Simple Favor, but the latter is most definitely its own beast and stands favorably on its own merits.

A Simple Favor follows Stephanie, a widowed mommy vlogger who is looking to uncover the truth behind her best friend Emily's sudden disappearance. As Stephanie starts to dig into Emily's past, she discovers things that make her start to question everything.

After I finished reading the book, I thought to myself, "Man, this would make a really good movie." A few months later, the marketing started to ramp up and I heard about the movie for the first time. My initial response was that they nailed the casting of Stephanie and Emily to a "T." The special brand of awesomeness that is Anna Kendrick lined up with Stephanie and her peccadilloes in such a way that I really couldn't think of a better person to play her.

While Blake Lively is growing on me recently, I did think that she brought the necessary cosmopolitan personality and sinister conniver that any Emily would need in spades. After watching A Simple Favor, I'm aboard the Blake Lively train fully and Ryan Reynolds better watch out. Just kidding. Sort of.

Of course, when I saw who was directing the film, I was taken aback. I have nothing against Paul Feig and I think he is extremely talented, but he's best known for his work in comedy on such films as Bridesmaids and Ghostbusters. He wouldn't have been the first person to come to mind when looking for someone to adapt the stylish noir thriller.

And yet, the trailer promised that the film was from the "the darker side" of Paul Feig, so I was certainly intrigued to see what he would do with the story. What he did was nothing short of brilliant as took the complicated twisty thriller and created something uniquely his own. Much like Ready Player One, he creates a singular entertainment piece that shares much of the same DNA as the book and yet it is remarkably different.

I won't spoil either the book or the film and allow you to discover these variations yourself, but there are several major ones that really shift the complete overall tone of the subject matter. While the book was at times weighty and super dark, the movie contrasts those plot points with an airy French soundtrack and amazing cameos that inject comic genius into the film.

I have to interrupt myself here and spend a few moments speaking about those cameos. In particular, the characters that Linda Cardellini and Andrew Rannells bring to life on the big screen are truly amazing and they don't appear anywhere in the book, or if they do, they are marginalized to simple cardboard no-name background characters.

The main cast is rounded out by Henry Golding who plays Emily's husband and recently shot to fame as the star of Crazy Rich Asians. He's quite compelling in a role that sadly doesn't get its due in either the book or the movie. No, the main driving force of A Simple Favor is the friendship between Stephanie and Emily, as it should be. That said, the entire film is filled with great performances that help to add even more to the movie.

Unlike most movies these days, the Blu-ray combo pack is loaded with a plethora of bonus features that will have you diving deeper into the story. There is even a flash mob alternate ending that even goes farther in driving home the point of the film to parody (in a way) other films like it, including Gone Girl. You will enjoy hours of additional entertainment between deleted scenes and featurettes that truly makes this film an easy buy recommendation.

The film is completely sold as a black comedy noir thriller and that's precisely what you get. What you don't expect though is to gain a new appreciation for Paul Feig and that's precisely what happens. Sure, he can't help but inject his trademark humor into the film, but that's what truly elevates A Simple Favor above the other movies that have come out of the Hollywood machine lately.

A Simple Favor is now available on 4K UHD, Blu-ray and DVD.