If you haven't seen the film Memento, also starring the wonderful Guy Pearce, then you should really check it out before watching Spinning Man. In the latter, Pearce channels his forgetfulness from the earlier work to surprising ends. And besides, it's a great film in its own right.

For Spinning Man, the film is tagged as a thriller, but that's just a cheap ploy to get those in the cheap seats to tune in to the show. In reality, the film is a slow-burning character study that tackles questions such as truth and perception and how they intertwine to create reality, or at least what we perceive as reality.

Pearce plays a distinguished college professor whose life is turned upside down when he becomes a prime suspect in a local teen's disappearance. Pierce Brosnan plays the grizzled detective who has the professor in his sights and when his alibi begins to unravel, will his life soon follow?

Again, the short blurb about the film really makes it out to be a cat-and-mouse thriller and while there are aspects of that in the movie, it's really a bit different. Although, who wouldn't sign up for a Pearce vs. Pierce suspense thriller? Sorry, I couldn't resist.

Pearce's character is a philosophy professor and many of the lecture scenes include discourses on perception and reality, which foreshadow several plot points to come. Beyond the film, these questions linger after the credits roll as we come to realize that many aspects of our judicial and criminal system are based on the inherently flawed concept of human perception.

Meanwhile, Pierce Brosnan delivers another fine performance as the veteran detective hellbent on proving the professor's guilt in the case. It would be easy for a lesser actor to simply phone in a hard-boiled caricature, but Pierce delivers nuance and perspective that pays off in spades by the end of the movie. With several high-profile cases making waves lately that concern police intimidation and evidence tampering or outright planting, the film is quite topical.

Rounding out the cast is the superb and criminally underappreciated Minnie Driver who plays the professor's wife. I have always been a fan of Ms. Driver but she is able to take her performance to another level as the supportive wife who finds her world unraveling around her. The movie takes its time to show the ramifications of her husband's allegations on the family unit and it is also a worthy discourse into the wider effects of certain actions.

The film really takes its time setting up the story and arguments for and against which keep you guessing until the very end. If I did have a criticism, it felt like the film rushed the various twists and turns at the end to the point of causing motion sickness for some viewers. It works best during the setup, but there is still plenty of payoff for those that stick with it until the end.

In terms of recent direct-to-video fare, I challenge you to find anything else with this level of acting talent in a story that continually surprises you. I pride myself on being able to smell a twist a mile away when watching a film and I was caught off guard several times.

The true strength of this films lies in its ability to engage the viewer to question human perception and our concept of truth. While I think the film swerved a bit to this end toward the finish, I think it does a nice job of challenging the audience to keep pondering these bigger questions.

Spinning Man is now available on Blu-ray and DVD. 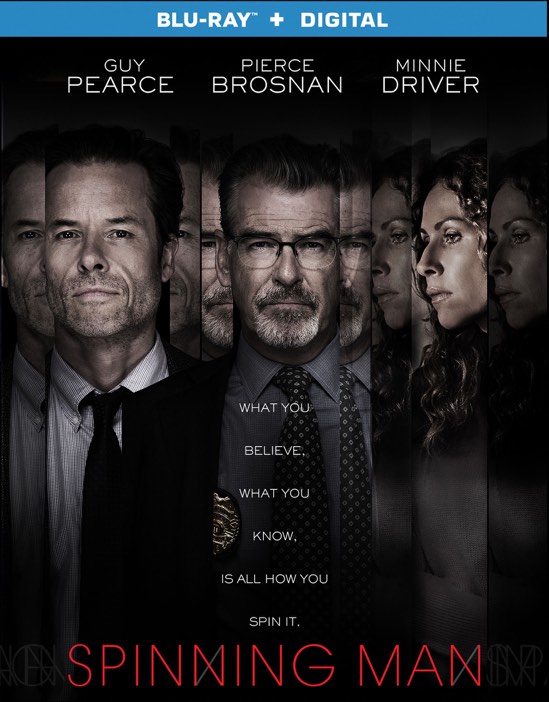 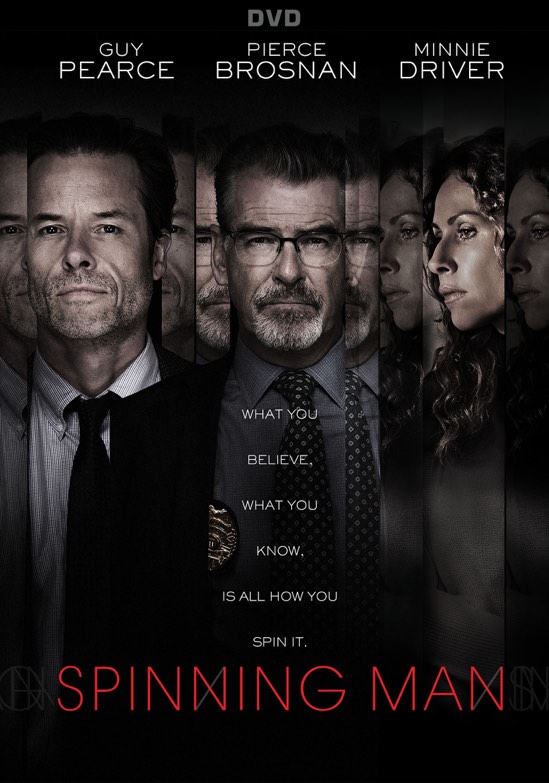