Review: 'Valerian' aims for the moon, lands in the stars 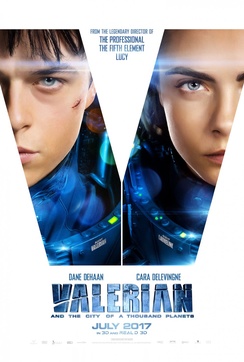 I think I have that old adage correct. If you always aim for the moon, even when you miss, you'll land among the stars. Valerian and the City of a Thousand Planets is certainly an ambitious film from the king of ambition Luc Besson, but one that I believe hits more than misses.

Luc Besson is the visionary genius behind the Sci-Fi classic The Fifth Element and while Valerian and the City of a Thousand Planets doesn't quite live up to those lofty standards, it certainly provides an enjoyable ride that is perhaps Besson's best popcorn film ever.

Valerian and the City of a Thousand Planets is based on French comic book and follows the adventures of two special space police officers tasked to keep some semblance of order in the vastness of space. The two officers are assigned to retrieve a beast that is able to replicate anything that it eats and by doing so prevent the destruction of the universe... or something like that.

Again, the plot isn't really the selling point of the film, nor should it be. I mean the similar Avatar was basically a re-telling of Ferngully, but everyone loved Avatar not for its plot, but rather for its groundbreaking special effects. So too, the lasting legacy of Valerian is the pleasing effects that sweep the audience to worlds that before now only existed in our imaginations.

I will say that perhaps the main difference between Valerian and The Fifth Element is in the casting choices. I have never been much of a Dane DeHaan and Cara Delevingne strikes me as little more than a pretty face. Again, no one is going to remember the acting five years from now, but strong acting can go a long way to elevating a film. Bruce Willis, Milla Jovovich and even Chris Tucker bring their larger than life personalities that really add to The Fifth Element. By contrast, I didn't think DeHaan or Delevingne do much to move the needle.

Again, the film isn't made or lost on their acting ability, but rather the stunning visuals that propel the viewer through space and time. For Besson, it's a continuation of the Sci-Fi story that he started with The Fifth Element. Over the years, Luc Besson has deftly moved between genres creating films that I have found very pleasing. Whether it's Leon or The Family or Lucy, Besson has a natural knack for telling a compelling story that engages the audience and this is no different in Valerian.

I was fortunate to review the 4K UHD version of the film and I cannot stress enough how more impressive the visuals are in this copy than the Blu-ray. They are still good on the Blu-ray, but the striking worlds pop off the screen in 4K and truly immerse the audience in a high-definition universe of imagination. The sound too was quite superior and lent a more than supporting role in transporting the audience across the galaxy.

All in all, Valerian and the City of a Thousand Planets is a film that will blow you your senses away, even if the story is a bit underwhelming. The film is an enjoyable two hours and change that will keep your attention for the ride and then release you back into reality. Sure, the film might lack the resonance of similar fare in the genre, but sometimes you just need to let and enjoy a good thrill ride without worrying about what your brain thinks.

Valerian and the City of a Thousand Planets is now available on 4K UHD, Bluray and DVD. 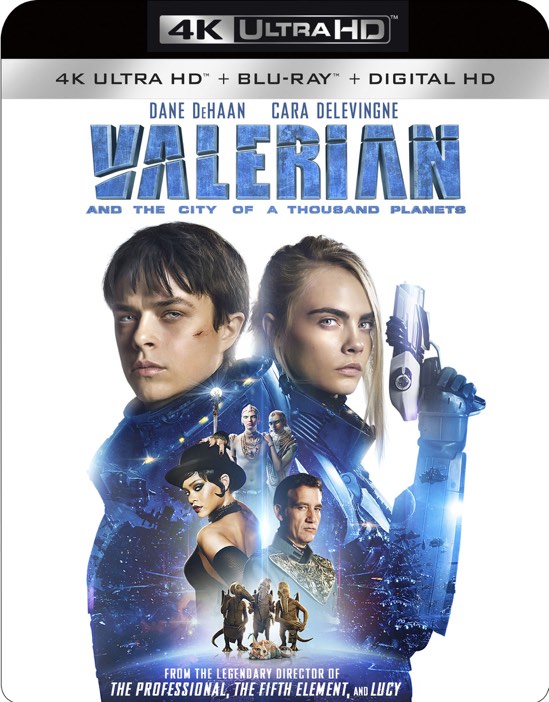 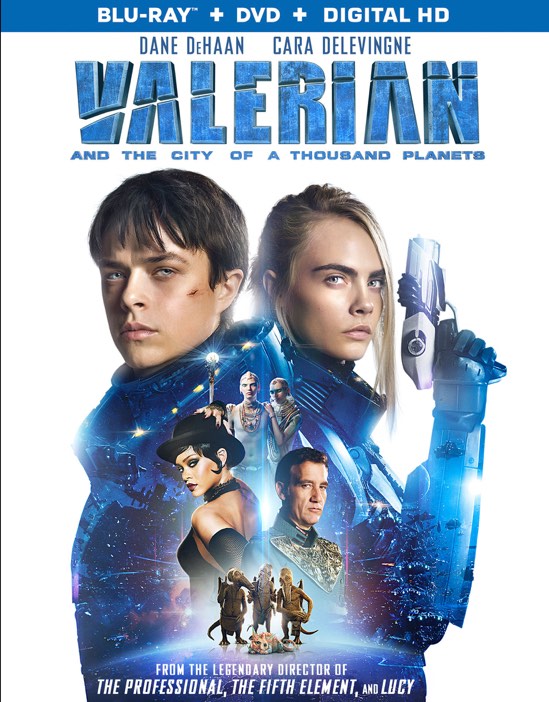 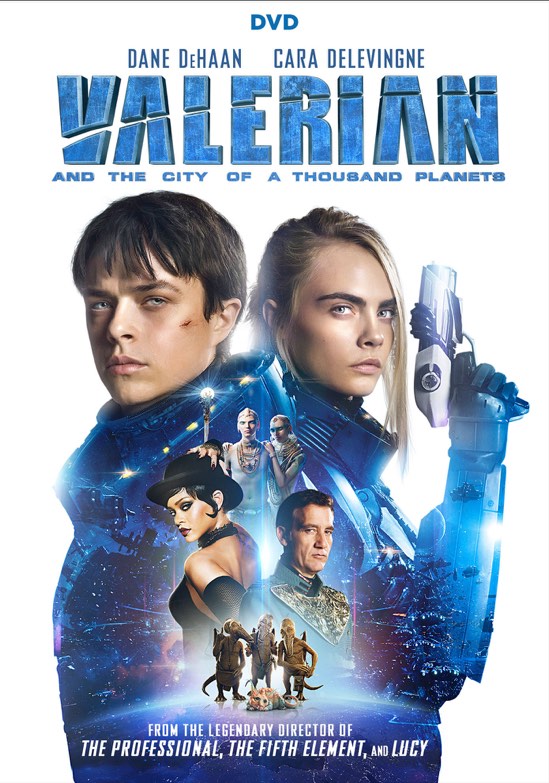