Review: Vestron brings the star power with 'Parents' & 'Lair of the White Worm' 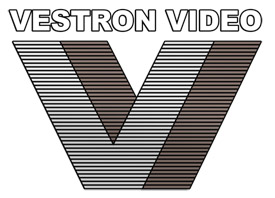 As mentioned before I spent a great deal of my adolescence watching horror films that were probably not intended for consumption by someone of my age. But, I like to think that this early exposure helped, rather than hindered, my appreciation of all types of films.

The thing is that the horror genre in the late 1980s and early 1990s was about as corny as you could get. It was post Hammer horror films and yet Hammer's influence was felt on both sides of the Atlantic, especially in today's additions to Lionsgate's ongoing Vestron Collector's Series of horror films, Parents and The Lair of the White Worm.

What these two films (besides a single degree of separation from William Hurt) have in common is the impressive young talent both in front of and behind the cameras. Horror films have long been a breeding ground for young actors looking to work on their acting chops. Whether it's Kevin Bacon in Friday the 13th or Johnny Depp in A Nightmare on Elm Street, you will be shocked and amazed at who pops in some of these long-forgotten horror films.

Not that those two films will ever be long forgotten, but with today's first film Parents, I'm sure many of you will strain to remember the box art for the film of cannibalism set in the 1950s. Starring the always hilarious Randy Quaid and well-respected Mary Beth Hurt, this isn't a film that you would normally see these two in, but hey, it was 1989.

Interestingly, Parents shares its release year with the film that Randy Quaid is probably most known for (Christmas Vacation) so perhaps you could win some money at bar trivia one night with that nugget. While neither of these actors were getting their start, you could say that they were in a transition in their careers and this film landed in their laps.

The person who was the new guy on the block was the guy behind the camera, Bob Balaban. The character actor, writer, director and producer got his directorial debut on this film which is just bizarre. Given his penchant for comedy though, you will probably be a little let-down by the lack of biting satire in Parents. It's just not that type of movie.

What it is though is a fun look back at a kitschy take on the 1950s. If you haven't seen it or it has been a while since you last watched it, I bet that you will make connections to the newer film Fido. I never made the connection when I watched Fido, but after revisiting Parents, I would say that the latter film is, at least in part, an homage to the earlier film.

What fans and newbies alike will appreciate is the whizz-bang (see, I'm channeling the 1950s) special features that you get on this Blu-ray. The audio commentary with Bob Balaban and Producer Bonnie Palef is worth the purchase alone and it's clear that by eavesdropping on their trip down memory lane that Parents continues to hold a soft spot in each of their hearts.

Beyond the commentary, there are four new featurettes and other bonus features that will surely solidify its status as a cult classic. It's clearly evident that Vestron is committed to presenting these films in the best possible light that will allow them to shine both for new audiences and returning fans alike. Speaking of Hammer horror films, Vestron's second offering today is a more direct descendant of their greatness. While I was intimately familiar with Parents before reviewing these new versions, I had never seen The Lair of the White Worm.

It was certainly a film that I was familiar with for sure, but for some reason I had just never gotten around to seeing it. Thankfully, I was able to correct that notable omission on my horror watchlist this past weekend.

The film is very British and if you're a fan of British films or TV, then you will immediately recognize the two male leads. Heck, even if you only have a casual affinity for British culture, you will surely recognize baby versions of Hugh Grant and Peter Capaldi. Hugh Grant has been in any number of Hollywood blockbusters and Peter Capaldi is the current Doctor Who.

These are massive British stars at the moment and in this film, you can literally see them sharpen their teeth onscreen. This type of discovery is what makes watching these older horror films so enjoyable. You can see the charm and poise that they are both known for today, but in a smaller dose mixed with a bit of uncertainty that comes with two actors who have, maybe, ten films on their collective resumÃ©s at this point.

In terms of the film, it's a bit more of a straight ahead horror film with a few cheeky moments thrown in. As you would expect, Hugh Grant shines during the funny bits while Peter Capaldi is more at home in the horror/drama parts. Of course the real stars of the film are Amanda Donohoe and Catherine Oxenberg.

Catherine was looking to make the leap from TV to the big screen by playing something against the type she played for many seasons on Dynasty. Amanda Donohoe, on the other hand, would go the other way. After failing to hit it big in films, she would enjoy success on several TV series over the ensuing decades.

Is the film cheesy in parts? Of course, that's what these films specialized in, but it's this very cheesiness that sets it apart from the films of today. I was rather impressed by just how much I enjoyed the film despite knowing that films from this period tend not to hold up when being seen for the first time in the present.

Like Parents, the Blu-ray for The Lair of the White Worm is chock full of goodies. While neither of the lead actors were able to record an audio commentary, director Ken Russell, yes of Altered States and Tommy fame, does provide an entertaining commentary. There are features and interviews that certainly make the film a value buy.