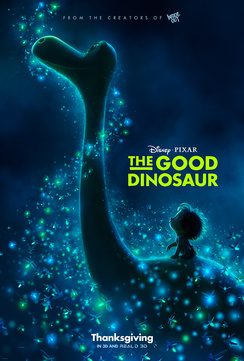 By now, all of the leftover turkey is probably well on its way to that final resting place in the, uh er, waste management facility and we can properly turn our focus to Christmas. And The Force Awakens, obviously.

Today is also "Cyber Monday," whatever the heck that means. Cyber Monday sounds like some sort perverted '90s theme bar night where everyone is encouraged to come dressed as their favorite Saved By the Bell character. I suppose if Hallmark can create Valentine's Day, then enterprising websites can have their day in the sun too. But isn't every day cyber day? Why is this Monday so special?

Given how late Thanksgiving fell this year, if you're ordering your gifts online and you haven't started by now, then you might have a few unhappy gift recipients come December 25th. Thankfully, every store has whatever Star Wars trinket you could think of, so I'm predicting that those last-minute shoppers will end up with more merchandise from a galaxy far, far away than anything else. Here's to hoping that all my gift shoppers are last-minute shoppers this year.

We are officially 18 days away from the opening of The Force Awakens - that's just over two weeks! I will be spending the better part of two days sitting in a darkened theater that week and I couldn't be more excited. But just how big will it be? And could the box office results leading up to its release offer us some clues? Well, let's dig in and find out.

Despite all of the hand-wringing of The Hunger Games: Mockingjay Part 2 last week, the franchise capper did one thing that none of its predecessors was able to do, have a second-week drop less than 50%. Don't get me wrong, the $51.6 million weekend and the almost $200 million gross after 10 days is still the worst performance, but there's hope for repeat business.

Just how much Jennifer Lawrence and company can make up on their earlier films before The Force Awakens makes it a moot point in a couple of weeks remains to be seen, but it's a safe bet that no matter how good the holds are, The Hunger Games: Mockingjay Part 2 will be the least successful The Hunger Games film. And yet, it will still be a great success. Collectively, the series will be one of the most profitable film franchises in history and yet, we are still left with the bitter taste of a final chapter being chopped in two. Sigh, but that's a horse that we've beaten to death many times now.

The Hunger Games: Mockingjay Part 2 will really struggle to hit $300 million and I'm still expecting it to die a quick box office death in a few weeks. I'm still estimating that it will end up with $275 million or so.

Debuting in second place, Pixar's second entry of the year The Good Dinosaur came in with $39.2 million. Over the entire Thanksgiving holiday, the film has earned a cool $55.6 million which is sort of better than The Peanuts Movie, which opened earlier this month with $44.2 million, but that was only a three-day weekend.

In terms of Pixar releases, The Good Dinosaur's opening is dead last, besting only the original Toy Story's debut in 1995. Interestingly, this year's earlier Pixar film Inside Out was the second-best Pixar opening ever and also the second-best total earner amongst Pixar films.

So, why did The Good Dinosaur fail to live up to Pixar's lofty expectations? Could it be that the dual releases from Pixar forced one to move into November where Pixar hasn't released a film since 2004's The Incredibles? While it's true that Pixar films haven't had the best track record in November, the aforementioned The Incredibles did pretty good business with the fifth best Pixar opening and sixth best overall performer.

Or could we be seeing a little ripple from the Force Awakens effect? The massive Star Wars film is still about a month out and the demographic is different enough that it shouldn't have this much of an effect on The Good Dinosaur. Perhaps, the true reason is the simplest, The Good Dinosaur just isn't that compelling of a film. The problem with releasing two films within a couple of months is that one film will undoubtedly get the short end of the marketing stick. Couple that with a muddled message at best in terms of just who the film is intended for and you have a mess that might end up as the first "bomb" in Pixar history.

If you can call a film that will almost assuredly earn over $175 million and perhaps end up with $200 million a bomb. But, Hollywood is all about perception and hot off the huge success of Inside Out, there was no hope for The Good Dinosaur to be anything but a disappointment.

The real head turner this weekend though was the underdog franchise reboot Creed. The Rocky spinoff was a hit with critics and audiences alike en route to a very nice payday to the tune of $30 million ($42 million since its Wednesday opening).

Sylvester Stallone is back, albeit this time in a trainer role when he reluctantly agrees to work with his greatest rival's son. It's a fresh start for the series that relies upon the psychological need for humans to cheer for the underdog. The real problem with the long-in-the-tooth original franchise is that it became tougher and tougher to cast Rocky in the underdog role when he simply kept on winning. The fact is that Rocky was never as compelling in the role of the champion.

It seems that Warner Bros. has new life in this franchise and you can be sure that a sequel will be greenlit before Creed leaves theaters. When that happens, Creed will have earned a cool $125 million.

With every success, there must necessarily be a failure. This week's study in futility is the film Victor Frankenstein. The re-imagining of the timeless tale failed to find much of an audience at all. In fact, it's $2.3 million opening is now the worst opening ever for a film on over 2,500 screens. Don't worry, though, I have a feeling that this record will be short-lived when The Force Awakens adds one or two films to this list.

First up, the cast of The Force Awakens invaded Jimmy Kimmel last week and the results were predictably awesome. In particular, their Star Wars trivia contest against a seven-year-old was most excellent.

It seems that most analysts are expecting a low $200 million opening weekend with a new opening record being set over $209 million (which was set earlier this year with Jurassic World), but Disney is pumping the breaks a bit. They are projecting an opening of around $170 million.

They also point out that the current record for a December opening weekend is the $85 million put up by The Hobbit in 2012. For the record, my prediction is a nice round $225 million opening weekend.

Go ahead, make my Mixer.