Monday Mixer: Did Shia LaBeouf actually do something fun? 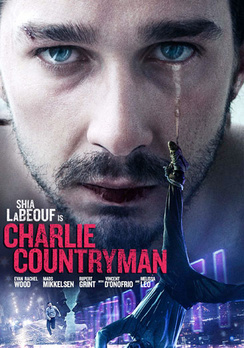 Or at least it should.

At the end of the day, what we do here is important, sure, and yes many people rely on information for their jobs, but at the end of the day, we are simply talking about movies. It's not life and death and it doesn't even compare to the senseless violence that was wrought on Friday. And yet, they always say that the best coping mechanism is to carry on with your normal activities and "not let the terrorists win."

But it's impossible for us not to acknowledge the hateful acts and send our condolences and thoughts with the people of Paris. At the same time, it's not a time to leverage the events for an agenda which many seem only too happy to do. So, I will simply say that from Tim and I, we will continue with our work, but know that we have heavy hearts and hope that some day we can be free from the pain and suffering in this world that stems from hatred.

It really makes it seem small to talk about movies earning money at the box office, but that's the job and it has to be done.

In light of the above, this will most likely be a short MM. It helps that it wasn't too great of a weekend from a box office perspective.

Spectre enjoyed a better second weekend than most thought it would. It ended its second weekend with $35.4 million to bring its total up to $130 million. The film is still trailing Skyfall which had earned $160 million through two weekends. That being said, Spectre is still on pace to break $200 and will become the second highest-grossing James Bond film of all time.

The Peanuts Movie earned just under $25 million in its second weekend to bring its cume up to $82.5 million. The film should break the $100 million threshold this weekend which is good because The Good Dinosaur opens over Thanksgiving which will signal an end to the potent box office earnings of The Peanuts Movie. With that in mind, I'm thinking it will be hard for it to break $150 million.

The new films were again rather lackluster. The best performer was Love the Coopers which earned $8.4 million and third place for the weekend. The Christmas film is filled with recognizable names and it is the season after all, so I figure it will over-perform a little on its way to $30 million.

The true story of the trapped Chilean miners The 33 nabbed fifth place with $5.8 million. The strong audience scores should ensure that it ends up in the $25 million range. The last wide release newcomer My All American performed poorly with its $1.4 million and 12th place finish. It will struggle to make it to $5 million.

The one surprise was the top ten performance of new limited release Prem Ratan Dhan Payo. The Bollywood film opened up in 8th place with $2.4 million despite only playing on 286 screens.

First up, the latest The Force Awakens trailer is re-imagined as a 1980s VHS trailer.

Next, Vulture decided to see what it would look like if The Hunger Games had been released in 1992. Ignoring the obvious that it wouldn't have been released since its studio Lionsgate did not exist in 1992, the result is pretty awesome.