Monday Mixer: UFOs and aliens are among us or are they? 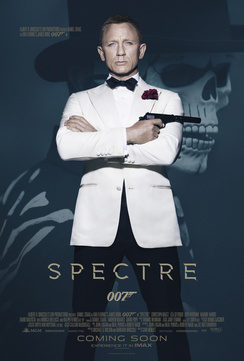 Well, this weekend was certainly an interesting one in Hollywood. In case you missed it or were otherwise living a normal life this weekend, L.A. got a nice drive-by from a UFO. Sure, the government claims it was a "missile test" and while we might believe it with the same amount of verisimilitude that we believe it was a weather balloon in Roswell, I would hope that there would be more an actual response from the military if this was truly the opening volleys of an alien invasion.

Although, at the same time UFOs were buzzing L.A., someone in Northern California discovered something that people claim is an alien. Personally, I think it would be perfect marketing for Independence Day Resurgence or the new X Files shows, but no one in Hollywood is that creative these days.

Sadly no, I think the truth is probably a bit more mundane. Heck, it might have even been a legitimate missile test, but I want to believe it's something more. Even if it were a test study into the power of social media in the wake of a major event, it would be something, right? Also, we will probably never know the truth despite Mulder's dogged efforts to expose it.

In what was a weird weekend in real life, it's nice to know that things went pretty much according to script in local megaplexes. So, let's get to the thing we know best.

Bond. James Bond. The very British secret agent is once again on top of the box office, but Daniel Craig's iteration might be showing his blond roots. Skyfall was easily the highest-grossing Bond film to date and universally praised as the best film with the latest incarnation of Bond. Sadly, Spectre failed to live up to the high expectations of the film that preceded it and "only" made $73 million.

Yes, I realize that $73 million is a lot of money, but when it is compared with the opening weekend take of $88 million for Skyfall, then you start to see the discrepancy. There's also a disparity in their Rotten Tomatoes score with Spectre only checking in at 63% fresh while Skyfall was certified fresh with nearly unanimous praise.

So, what does that mean for this film's future, and the franchise as a whole? Well, Daniel Craig has been rather vocal about is displeasure in playing Bond, so we might be seeing another changing of the guard again soon. This film has other problems in the near future when The Hunger Games: Mockingjay Part 2 opens up in a couple of weeks. The last chapter of the beloved franchise is trending towards a massive box office windfall that will almost assuredly curtail the long-term earning potential of Spectre. And then there is this little film called The Force Awakens opening up in about a month.

When all things are added up, I still think that Spectre will surpass the $200 million mark - barely. That will make it easily the second highest-grossing Bond film to date and that alone is reason enough to be happy. The future is cloudy to be sure, but one thing is sure, there will be more Bond films, even if there's a new actor wearing the trademark tuxedo.

The other new film is an interesting contrast to Bond in The Peanuts Movie, an animated family film that is attempting to re-introduce the Peanuts gang to a whole new generation of children. My wife and daughter actually went to see the film this weekend and while their reviews were generally positive, my wife did voice a complaint that it wasn't the Charles Schulz Peanuts from her youth. Audiences seemed to enjoy this new CG version just fine to the tune of $45 million which was pretty much in line with most predictions.

The problem for The Peanuts Movie comes in the form of The Good Dinosaur during Thanksgiving. The second entry from Pixar in 2015 is going to be going after the same audiences and Pixar has a pretty good track record when it comes to scoring big hits with families. This holiday season is looking to be one of the most competitive ones on record for the almighty family dollar and I have a feeling that The Peanuts Movie will drop off precipitously after next weekend. I still think that it could limp its way to $160 million which I would consider a pretty decent result all things considered.