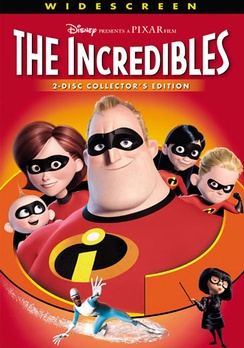 What's there really left to say? It truly is unfair that we only spend one day a year to celebrate the woman in our life who sacrificed so much to bring us into the world.

With few exceptions (Norman Bates comes to mind), the idea and reality of mother come about as close to matching up than pretty much any other concept. Dads come in all shapes and sizes, but the mom is pretty much one size fits all. That's not to say that all moms are the same, but when you say unconditional love, there's a reason that we almost always think of mom first.

So, Mother's Day was yesterday and in the age of social media, it's a holiday that has reached even higher plateaus. All of a sudden, Moms become the default profile picture on Facebook for one weekend and we all take time to appreciate where we came from and the woman who helped to nurture us to this point.

As mentioned above, there are very few departures from the mom ideal in films. That's not to say that Hollywood hasn't broached the subject of bad moms in the past, but it's practically as rare as the mythical unicorn. In light of this oddity, here's a quickie top five list of the worst moms in film.

Don't you just feel bad for Avengers: Age of Ultron? It's always the bridesmaid and never the bride to The Avengers. In its second weekend of release, Ultron earned an outstanding $77.2 million. That number alone would be good enough for the fifth highest opening weekend of 2015 and yet, most people are underwhelmed.

Have we really gotten that jaded or were we simply spoiled by the once-in-a-lifetime performance of The Avengers? Time will be the ultimate judge of course, but I think we will come to appreciate Ultron's performance as other huge films in 2015 debut.

Remember, we predicted that Ultron would be the second biggest box office performer of 2015 behind only The Force Awakens. Combined, we figured that Ultron would earn $590 million and it's looking like a stretch to get there. At $313 million after two weeks, it should surpass Furious 7 as the top release of 2015 this weekend, but it will struggle to top $500 million as more competition enters the marketplace in the next few weeks.

The only new film to open up this week was Hot Pursuit that opened to a very disappointing $13 million. Counter-programming is going to be a key buzzword at the box office this year as the high-octane testosterone action films are being paired with smaller films aimed at the non-action crowd. So far, not so good for the films hoping to find success by giving audiences something different than what they want.

Yeah, that doesn't make sense to me neither.

We just don't know when, nor do we know who will be wearing the fedora and carrying the whip.

The original bit with Tom Hanks is funny too.

20 years in the making. 113 pages fulla old friends & new jokes. This is for you, Jim. Wish you were here. #MallBrats pic.twitter.com/O6HfIWbRY6

Tim isn't a big fan of Mallbrats, but ever the Kevin Smith apologist, I am intrigued about the potential. Does these mean the kids of the original cast will take center stage?