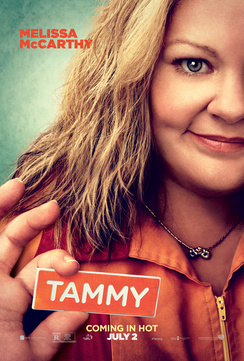 So, it looks like Michael Bay is going to get the last laugh yet again. I'll give it to him, he sure knows how to make big action Summer blockbusters that people will pay good money to see.

There were three new films to contend with the man of robotic beasts, but there really wasn't a true competitor among them. And really, why would there be? I mean this was the weekend of American excess and patriotism and what better way to celebrate our forefathers than by watching larger than life transforming robots do battle with other huge robots?

Isn't that the very definition of the American Way?

Well, it is for Michael Bay and thankfully he's got plenty of followers to make sure that he continues to make films for a long, long time.

But enough of the niceties. How about we dig into a big of leftover American pie and see what the Fourth of July MMM brought us, shall we?

There's really not much to say about Transformers: Age of Extinction that hasn't been said before. I will say though that the second weekend total of $36.4 million, while good enough to hold onto the top spot, represents a terrible 64% drop-off from last week. At this current rate, Transformers: Age of Extinction will almost certainly end up earning less at the box office than any of the Transformers films that came before it.

Speaking of miserable weekends, this weekend's performance was the worst Independence Day showing since 1999. Think about that for a minute. The films that opened that fateful weekend? Summer of Sam, Wild Wild West and South Park: Bigger, Longer, & Uncut.

Yeah, this weekend was that bad.

Tammy was the strongest newcomer, finishing in second place with $21.2 million. The Melissa McCarthy vehicle is a bit of a letdown following last year's $34 million and $39 million openings for Identity Thief and The Heat respectively.

It remains to be seen how this performance will affect awards contender St. Vincent due out later this year. One thing is certain, Melissa McCarthy might not yet have enough star power to open a film by herself.

Deliver Us from Evil and Earth to Echo barely registered a pulse with openings of $9.5 million and $8.3 million respectively. While both films underperformed, the poor performance from Earth to Echo has to sting more as the studio was attempting to set it up as the new family film classic ala E.T., but obviously that message was lost in translation.

If true, that's awesome and precisely the sort of play that I thought they utilize for Episode VII.

Well, it's time to go set off all of those leftover fireworks. Until next time, MIX WELL!