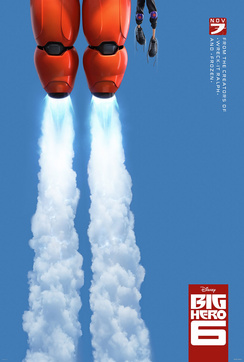 This time last year no one knew Disney's Frozen would become a massive hit film. That movie did what few movies accomplish: combine critical and commercial successes to become a cultural event. How many times have you seen the movie and/or heard the song "Let it Go"?

Even if there's a Frozen sequel, that achievement will not be duplicated. That doesn't mean Disney won't stop trying. Their follow-up is Big Hero 6. Disney just released the first teaser trailer for the upcoming movie. It's about as dissimilar to Frozen as you can get.

While I don't like to make generalizations like this, I think you'll agree that Frozen was very much a girl movie. Big Hero 6 is definitely a boy movie. It's about a young genius named Hiro who forms a team of crime fighters with the help of his robot creation Baymax. The film is fueled with Japanese cultural references.

The brief video features Hiro and Baymax. As you'll see he's like a young version of Tony Stark.

This is Disney's first animated feature to include Marvel characters. It seems Disney has taken some artistic license from the books. Rather than calling Japan home, the film takes place in the fictional city of San Fransokyo.

With recent hits like Frozen and Wreck-It Ralph, Disney's animation studio is ranking equal to that of Pixar. I can really see Big Hero 6 making Japanese pop culture bigger in the U.S. than it is now. Godzilla, cosplay, and Emoji have blazed the trail for Big Hero 6's success.

I don't consider myself an Otaku but I do have a fondness and respect for Japanese culture. Big Hero 6 looks equal parts Iron Man and The Incredibles. I'm very excited for this film. As you can tell, I think it will do very well. Perhaps not to the scale of Frozen -- those are big, frosty shoes to fill -- but it will be another knockout for Disney. 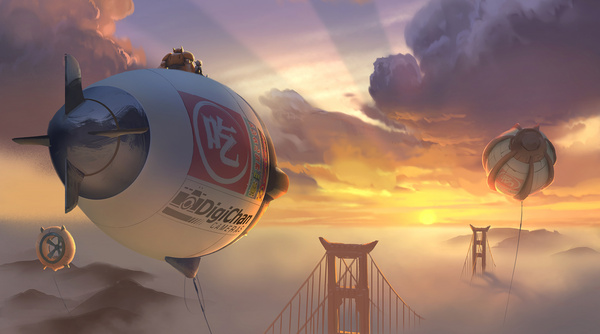