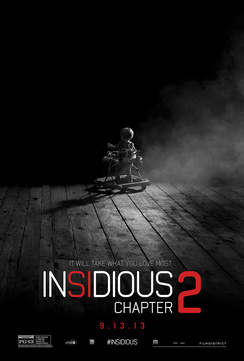 I'm feeling all woozy. What is this place that I find myself this morning? There are other adults and they are all using "big words." And for the life of me, I can't find a single diaper to change.

Ah, the comforts of being back in the office. Hey all, I'm baaaack!

These two little words might set off a bit of excitement, but most likely it will be dread as they also signal the end of Tim's reign in the MMM chair. But first, let's all give him a huge round of applause because let's face it, he's a natural and I'm very lucky to have someone so talented to fill my shoes when I'm not here.

Now for the bad news, with the addition of child number two, I think we are quite happy for the short-term and that means that extended absences will be even fewer and farther in between. I know, it pains me too, but we shall survive. For those that have asked, my wonderful wife and both children are healthy, happy and getting used to the idea of having a new sibling, child and this whole breathing thing.

I, on the other hand, am having a few adjustment issues, namely having to wear pants again and remembering where to place my fingers on the keyboard. But, we must soldier on and I promise to try and not let you down with this week's installment of the MMM.

I've missed a lot in the last three weeks, so I'll try my best not to regurgitate anything that Tim already covered. It seems that I planned this pregnancy perfectly though because this was truly the dead zone when it came to box office performance.

I give you props though for not letting One Direction: This is Us take the top spot at the box office. My faith in humanity is restored - for the moment. The real shocker while I was out was Instructions Not Included and Tim has already talked about it in detail so I won't add much. I will say, however, that Hollywood is 100% reactive, which means that you will see a healthy dose of Spanish language big(ger)-budget films coming to theaters for the foreseeable future.

As for this past weekend, Insidious Chapter 2 almost bested the total box office of its predecessor with its $41.1 million haul. Given the Friday the 13th weekend and all, the horror film's performance shouldn't be too much of a surprise for anyone.

What is interesting however is that it completes a very rare double play for director James Wan. Along with The Conjuring's $41.9 million opening in July, Wan becomes just the second director ever to open two films in the same year with opening weekend grosses over $40 million. Can you name the other one? And the films? (check the end of the story for the answer)

One studio that is really excited about Wan's success lately is Universal. Next summer they are turning over the keys to their Fast and the Furious franchise to the young director. Up until this point, James Wan has worked almost exclusively in the horror genre, so it will be interesting to see how he handles a big budget action film.

Then again, Fast and the Furious is pretty good at making people come back from "the dead." Horror films tend to burn hot and fast, but I wouldn't be surprised to see Insidious Chapter 2 have stronger than usual legs and even flirt with $100 million before it's all said and done.

This weekend's other newcomer was Robert De Niro's return to organized crime (sort of) film The Family. Directed by Luc Besson and also starring Michelle Pfeiffer, this film about a mafia family getting relocated to France as part of the witness protection program performed admirably with $14.5 million.

Either way, the film is sure to be a hit internationally and should be rather profitable for Relativity, which means only one thing: sequel alert. Sigh.

It's funny just how powerful social media can be. In the midst of my NyQuil-fueled Friday the 13th live-tweet Friday night, the social network almost came crashing down when Justin Bieber posted this picture on his Instagram account.

As you can see, it's a picture of the Biebs holding what looks like a script for Man of Steel II: Superman vs. Batman with his name watermarked. For the uninitiated, studios regularly watermark scripts like this so that they can easily tell who leaked copies if said screenplay ends up showing up on the Internet. He also originally commented on the picture with this, "Robin?"

Naturally, this set off a flurry of late-night blog posts including this one from the Huffington Post. Don't worry though, for those of you hyperventilating out there, I'm 99.9% sure this is a fake.

Off to do something funny or...die :)

I imagine this script picture is related to something he did for FunnyorDie.com. At least, we can hope, right? For those of you looking for more concrete proof that this is a hoax, simply look at the title on purported script.

Speaking of proper citation, if this were legit and the story was taken from "Batman: The Dark Knight Falls," then why are they listing the illustrator? Proper screenplay etiquette only requires you to list the writer of the material.

If you ask me, this screams of hoax, but then again Warner Bros. has been known to do some funky things in casting. And what better way to squelch any Ben Affleck naysayers than to give them something even more outrageous to get upset over?

We'll keep an eye out on this for you, but we're pretty sure this will amount to nothing more than a funny video in the coming weeks. Normally, I'd also point out that in Miller's comic, Robin is actually a 13-year-old girl, but sometimes the comedy just writes itself.

After losing three strong male performers, you knew that an SNL shakeup was coming. Well, the other shoe has finally fallen as Variety broke the news. Among the headlines is six new cast members (five dudes and one lone female) are joining the show which is one of the biggest shakeups in recent years. Cecily Strong is joining the Weekend Update desk with Seth Meyers and is presumably the heir apparent once Seth bolts mid-season for his own late-night program.

I'm a little bummed though as I was hoping to see a bigger role for Kate McKinnon on the show. But, we shall see. For now, I'm cheering for the new female addition and the dude who held his own in those AT&T commercials with kids.

Well, that's all for this week. I'm happy to say that I actually got the MMM out in the morning (yay!) and I didn't make any typos. Well, at least not any that I found yet. Enjoy the week and until next Monday, Mix Well!

** Oops, I forgot to put in the trivia answer. Man, I am losing it. Need more sleep. As Devilmann correctly guessed in the comments below, the only other time the same directors released two films to open over $40 million in the same year was 2003 with The Matrix: Reloaded and The Matrix: Revolutions. Of course, back then they were the Wachowski Brothers, but they are now known as the Wachowski Siblings.