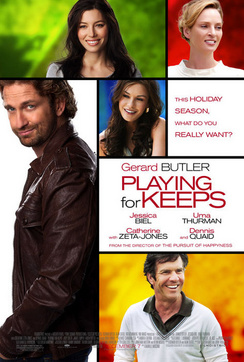 Holiday shopping was in full swing this weekend and the megaplexes took a big hit. Of course, that doesn't mean that everyone was out in the cold (or heat) trying to survive the hustle and bustle.

In case you missed it, friend of the site Kevin Smith announced that he is prepping Clerks III and more details filtered out over the weekend (see below). While most celebs were out shopping and not getting arrested for their drunken misdeeds, there were a couple nuggets that came out this weekend.

While we wait for the next long walk, aka The Hobbit: An Unexpected Journey, let's get caught up on the weekend that was. Sit back, grab some Joe and enjoy the MMM.

How slow was it this week at the box office? The top 12 films earned a measly $73 million, good (bad?) enough for the third lowest weekend total of the year. Even those sparkly vampires from Twilight were unable to move the needle as they dropped from the top spot.

Interestingly, it wasn't new competition that slayed the vamps but everyone's favorite secret agent as Skyfall regained the top spot at the box office with $11 million. So far, Skyfall has earned $261 million through five weeks.

Skyfall has already surpassed Quantum of Solace's $168.4 million to become the top grossing Bond film of all time. Skyfall should continue to ride The Hobbit's shirt tails for a couple of weeks and should end up just shy of $300 million.

The weekend's lone newcomer Playing for Keeps proved that people just don't care a lick about Gerard Butler. Playing for Keeps opened in sixth place with a measly $6 million and will most likely become a deja vu blip on the collective conscience of moviegoers once The Hobbit opens this weekend.

Do you all remember those days when John Travolta was back? Before he was reuniting with Olivia Newton-John and singing awkward duets? Even before he was getting all handsy with masseuses?

Yes, believe it or not, there was a time when John Travolta was relevant again. Then, he started down a path of SciFi enlightenment that ultimately resulted in Battlefield Earth and his career was lost yet again.

I remind you of this tale, because it seems that history is repeating itself with fellow Scientologist Tom Cruise. After making a name for himself in straight action films, Tom has been dabbling in SciFi flicks lately and Oblivion is his latest foray into the genre.

I'll be up front and admit that I was pretty much in the dark about Oblivion before seeing the trailer below and the trailer did its job, it piqued my interest. I don't want to give anything away, but the trailer plays like a live action WALL-E in which the titular character is played by Cruise. 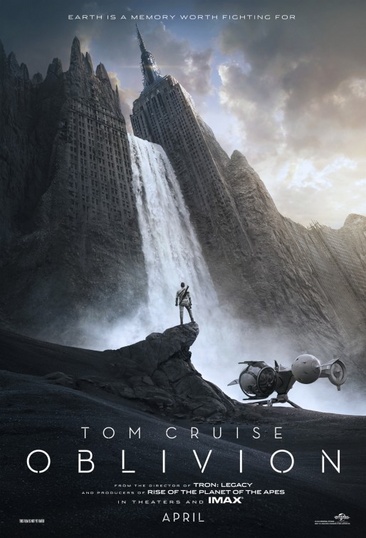 As boring as that sounds (and yes, the first part of the trailer is boring), there is a moment when the proverbial shit hits the fan and things pick up from there. Visually, the film looks stunning and should put a few butts in seats, but it's the interesting twist that is revealed that might actually make Oblivion stand out among its peers.

I'm at least interested to see where the film takes us from here and that's saying a lot these days.

Be Excellent to Each Other

You know, there's just something so cosmically cool about Alex Winter from Bill & Ted's Excellent Adventure creating a documentary on the rise and fall of Napster. It's as if the Gods were looking down and smiling on the great riff.

As pretty much everyone knows, Napster is the file sharing service that pretty much brought the music industry to its knees and forced them to embrace digital downloads. It created a void between those that create and sell music and those that buy and consume music.

Napster was the very public face that artists and music labels could attack in their war against musical evolution. They couldn't exactly sue or arrest their customers could they? Well, some did, or at least tried.

The result is one of the more compelling stories of the last 25 years and one that Alex Winter is obviously passionate about. The trailer for the film "Downloaded" is below and you can see just how compelling a film this is going to be.

I Assure You, We're Open!

Finally today, I want to end with a bit about Kevin Smith and his Earth-shattering (at least for me) news from Friday that he's going to re-open the Quick Stop one last time for Clerks III. If this is news to you, you can find the announcement article here.

There were a few details that surfaced over the weekend on Twitter about Clerks III and finally today, Kevin released a podcast he taped with Ralph Garman and Scott Mosier yesterday that goes into the story of how Clerks III came into existence. You can listen to the entire podcast here, but I will hit upon the highlights below.

I'll probably post these as an update on the original article as well to make sure that all of our bases are covered. But here is what we know at this point:

Well, that's pretty much all that I've got for this past weekend. Enjoy your Monday and until next week, mix well!

* While the idea might be cost-prohibitive given that you would have to double the screen count in market, I still think it would be a truly unique way to go. Also, you could simply create the two versions and send them out randomly. That way, going in, the audience wouldn't know which version it is getting, black & white or color.

I know that I would most likely go and see it both ways and I'm sure I'm not the only one. Then, you can offer a black & white DVD and a color DVD, with both versions available on Blu-ray.