Best movies of 2010 that you don't know about yet: Tim's list 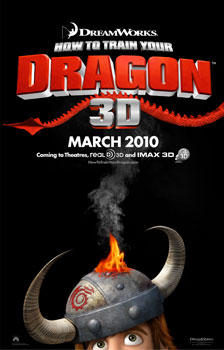 There are movie fans and then there are movie fanatics. The fanatics -- God love 'em -- can name the director of every Best Picture nominee from the past 20 years. They seek out every tidbit on all the upcoming movies.

The casual fan absorbs movie news organically. They let the info come to them. The following list of movies "you don't know yet" is geared toward those movie lovers. But there may be a nugget or two for you fanatics as well.

I mean no offense to the movie geeks. Heck, I'm one. Otherwise I wouldn't be presenting this list, would I?

My colleague John is a film geek too. That's why we've decided to each present a list of these little known movies for the year. That and there's also a ton of great movies coming this year. John's 10 picks will be along shortly.

Saying the Bourne films were pretty good action movies is an understatement. This flick reteams star Matt Damon and director Paul Greengrass. It's basically a Jason Bourne movie without Jason Bourne. The screenplay was written by the prolific Brian Helgeland. Watch the trailer. (Mar. 12)

Ben Stiller stars in this dramedy from husband and wife team Noah Baumbach and Jennifer Jason Leigh. I'm hoping Baumbach can match the quality of his '05 film The Squid and the Whale. Costar Greta Gerwig is one to watch. Watch the trailer. (Mar. 12)

How to Train Your Dragon

Of all the films represented here, this is the only one I've actually had the opportunity to watch in its entirety, albeit a rough-cut. It's an animated tale from DreamWorks Animation, the gang behind Shrek, Monsters vs. Aliens, Madagascar, and others. I think this is a big departure for DreamWorks. The story devolve into the crude with adult jokes that go over kid's heads. In other words, it's got a Pixar sensibility to it. (Yeah, I have a Pixar bias.) I believe audiences will adore it and Vikings will become the next big "thing" like penguins before them. Watch the trailer. (Mar. 26)

The second of two animated films here. Steve Carell provides the voice of the despicable lead character Gru. He's in a Spy vs. Spy-like battle against fellow super villain Vector (Jason Segel). Producer Christopher Meledandri helped make many of Blue Sky Studio's hits like Ice Age and Horton Hears a Who. The little minion guys in the goggles are sure to be scene stealers. Watch the trailer. (July 9)

George Clooney stars as an international assassin in this thriller. It's directed by former music video director Anton Corbijn who did the acclaimed 2007 film Control. And Clooney is hardly ever in a flat-out bad movie -- Batman & Robin not withstanding. (Sept. 1)

People tend to forget how talented Ben Affleck is. His directorial debut Gone Baby Gone was a very underrated flick. That and he has won an Oscar for writing a screenplay before. Writer-director Affleck has amassed an excellent cast here: Jeremy Renner, Jon Hamm, Chris Cooper, Blake Lively, and Rebecca Hall. It looks to be an excellent crime drama despite its generic title. (Sept. 10)

This movie has zero chance of being not good or not successful. It's the story of the 300 million people strong Facebook, based on the book by Ben Mezrich. The screenplay was done by Aaron Sorkin (The West Wing and The American President) and directed by phenomenally great David Fincher. It stars Jesse Eisenberg and Justin Timberlake. Oh yeah, super producer Scott Rudin and Kevin Spacey are also involved. This is where you say "Wow!" (Oct. 15)

Action movie virtuoso Tony Scott (Top Gun, Enemy of the State, Pelham 1 2 3) directs Denzel Washington, Chris Pine and Rosario Dawson in this thrill ride. They must stop a runaway freight train carrying poisonous gas from destroying a city. Sure the plot sounds familiar but the participants will ensure it's done right. (Nov. 12)

The Tree of Life

Three names: Brad Pitt, Sean Penn, and Terrence Malick. This is only the sixth film of reclusive director Malick's 40-year career. I don't know much about this film yet but when Malick makes a movie, it's an event to look forward to. (Date not scheduled.)