PC World's 10 Best Movies to Show Off Your Home Theater 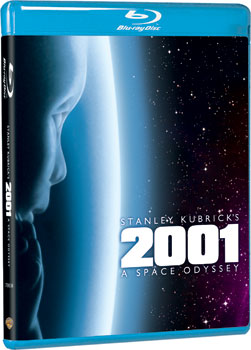 You might have the biggest and best home theater set-up on your block but you'll need quality movies to really make it shine. PC World recently picked the 10 best films to turn your HDTV, sound system, and/or Blu-ray player into jaw-dropping devices.

I've put together ten titles with spectacular scenery, great action, and aggressive, sub-woofer-heavy surround sound--the perfect movies for showing off your HDTV, sound system, and (if you have one) new Blu-ray player. I've also recommended one or two scenes in each film that will really wow the audience.

Click over to the story on PC World to see the specific scenes Spector recommends to dazzle spectators.

What do you think? Are there visual feasts and audio delights that you would recommend for people who've just taken the leap to HDTV or Blu-ray? Let us know.

We've received a lot of great response to the call for great home theater movies. Here is a sampling of the best comments.

Another great one is Cloverfield on Blu-Ray. Just ask my next door neighbor!
--Nathan

While I won't comment on what is on the list I will say something about what is not on the list. There is one movie that I can't believe is missing from the list. The Incredible Hulk (Norton) on Blu Ray is a visual and audio feast. The picture is spectacular and even puts some blu rays to shame. The audio is even better. Namely the university grass scene. The audio in the scene is one of the best you can find in any movie on the market right now.

Cloverfield is also audio bass heaven. The lows in the movie are unmatched anywhere else. PC World dropped the ball on their top 10. Incredible Hulk should have been easily in the top for picture and audio; Cloverfield should be number 1 in the bass department and should have earned a top 10 also.
--Jake in Victorville, CA

If there was one movie I wanted to show off a home theatre system with, it would have to be Kevin Costner's western epic Open Range. When you watch the final gunfight in 5.1 surround sound, you feel like you're in the middle of the action.
--Shane in NC

Definitely I, Robot it really should be at the top or at least close to the top of the list.
--JFarmer

The first movie that always comes to mind for me is Heat. The shootout in the street is AMAZING in surround sound.

Black Hawk Down is another 'must hear' movie for surround sound systems.
--Angelo in Pittsburgh

How can you (they) not include Saving Private Ryan? The first 30 minutes lets you really know what your home theater is made of.
--Matthew in Chicago

try Terminator 2 and Close Encounters of the Third Kind.
--Daniel in Orrtanna, PA

I think The Fall should be on a list of movies to show off your home thater!
--Chris in El Cajon, CA

Thanks to everyone for your feedback!