Can you name the actor in this photo?

DreamWorks has dropped this photo from Ben Stiller's upcoming comedy Tropic Thunder. The movie is about a group of pampered actors who get stuck in a real-life war while shooting an action movie in a jungle location.

The face of Ben Stiller is easily recognizable in this image. That's a blond Jack Black in sunglasses on the left. Can you name the guy in the middle?

In the movie, the middle guy's character name is Kirk Lazarus. Lazarus is a four-time Oscar winner and considered one of the greatest actors of his time. According to DreamWorks, the character is "an over-the-top, Australian-born method actor who has gone to extremes to get into character."

Of course none of that character background gives you any clues to identify this actor, I just thought I'd share.

Here's a too-obvious clue: the person in the middle is a real man of iron. 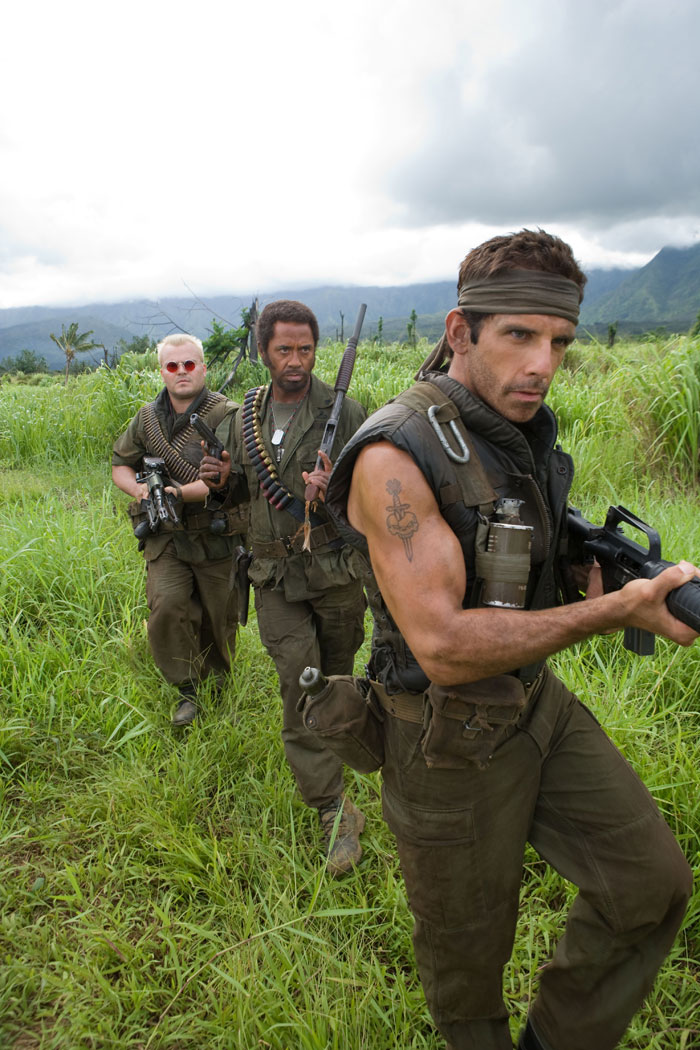 Yep, that's right. The man in the middle is Robert Downey Jr. I cannot wait to see how they explain his appearance.

This is Stiller's first time directing a movie since 2001's Zoolander. He helmed The Cable Guy and Reality Bites before that.