Are you B.I.G.? Opening casting for role of late rapper

Notorious Films, through Fox Searchlight, is producing a film on the life story of slain rapper Notorious B.I.G. and they are an online casting call for actor to take the role.

Hopeful candidates can upload their audition video to the casting web site. The site promises to feature submitted videos in the future.

The Notorious B.I.G., a.k.a. Biggie Small, nee Christopher Wallace, was the best-selling rapper shot to death in 1997 at the height of his popularity. Many believe his murder was somehow connected or retaliatory to that of Tupac Shakur a year earlier. Nick Broomfield's 2002 documentary Biggie & Tupac explores the unsolved murders. 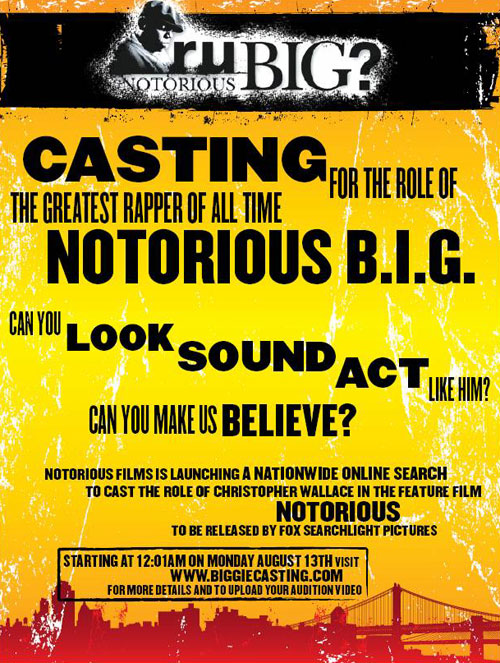