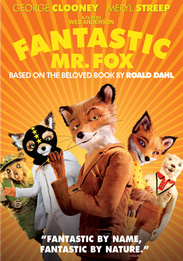 In the re-imagined classic family tale, Mr. and Mrs. Fox (Clooney and Streep) live a happy home life with their eccentric son Ash (Jason Schwartzman) and visiting nephew Kristopherson. That is until Mr. Fox slips into his sneaky, old ways and plots the greatest heist the animal world has ever seen. When mean old farmers Boggis, Bunce and Bean join forces to surround Mr. Fox and his family, they donât realize they are not dealing with any old fox â itâs Fantastic Mr. Fox and he has a fantastic master plan to save the day!