The Six Wives of Henry Lefay 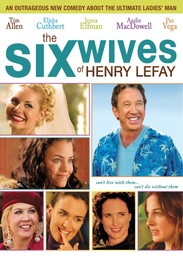 Following the unexpected death of her father Henry LeFay (Tim Allen), straight-laced daughter Barbara (Elisha Cuthbert) reluctantly returns to her familial roots in order to sort out her carefree dadâs many, many messy affairs. What starts as a dignified funeral quickly descends into chaos as Henryâs six former wives come out of the woodwork, each laying claim to various parts of the man who they all adored and reviled in equal measure. Heated jealousies, petty conflicts, and outright warfare are just some of the trials Barbara must endure as she tries to keep things in order, all while six very different women threaten to derail the proceedings. But as she discovers more about each of her dadâs uniquely spirited wives, a greater picture of the man she refused to accept begins to take shape.

Rated PG-13 for sexual content, nudity and some language.