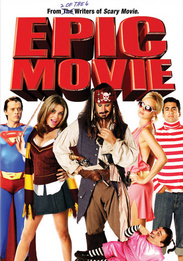 The hilarious hi-jinks begin when a hapless group of orphans from curious backgrounds come together to embark on an adventure that takes them to a special chocolate factory where they fall into an enchanted wardrobe and wind-up in a magical land. Here, hilarity ensues when the bungling bunch run into a colorful collection of characters including a flamboyant pirate and a gang of wizardry-apprentices who they join forces with to overthrow the wicked White Bitch of Gnarnia.

Rated PG-13 for crude and sexual humor, language and some comic violence.