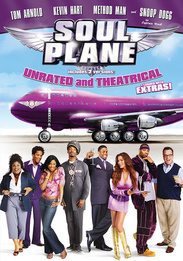 A young black man wins a $100 million legal settlement and invests the money in the the first all-black airline, NWA, in an effort to woo his jilted girlfriend back.

However, things on the maiden voyage of NWA get rocky when a white family is accidentally re-routed to their plane.

Rated R for strong sexual content, language and some drug use.