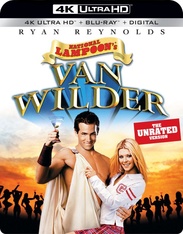 Van Wilder is the king of the campus at Coolidge College and everything seems perfect until his father shows up at the start of his seventh year of college and declares that he's not paying Van's tuition any longer. Now, Van must use everything he's learned to raise money to pay for his tuition while still maintaining his heightened status. A disenfranchised journalist decides to expose Van for the fraud that he is, but instead, she starts to fall in love with him.