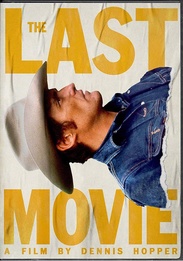 Consciously self-reflexive and co-written by Hopper and REBEL WITHOUT A CAUSE screenwriter Stewart Stern, THE LAST MOVIE follows a Hollywood movie crew in the midst of making a western in a remote Peruvian village. When production wraps, Hopper, as the baleful stuntman Kansas, remains, attempting to find redemption in the isolation of Peru and the arms of a former prostitute. Meanwhile, the local Indians have taken over the abandoned set and begun to stage a ritualistic re-enactment of the production - with Kansas as their sacrificial lamb.