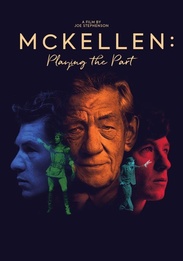 An intimate, enthralling look at the life of a legend. -- Time Out. McKellen: Playing the Part uncovers the remarkable story of actor Sir Ian McKellen through unprecedented access to private albums, archive material including his personal diaries and excerpts from an extensive video interview. Follow his journey through growing up during World War II, his passion for repertory and West End theatre to becoming a stage star, coming out and being a leader in the campaign for gender equality, all the way to his legendary cinematic roles as Magneto, Gandalf and Mr. Holmes. His work and influence transcends generations, celebrated here in this fully authorized insightful biography. Featuring exclusive insights from colleagues: Luke Evans (The Fate of the Furious), Frances Barber (Mr. Holmes), Milo Parker (Mr. Holmes), and Scott Chambers (Malevolent).