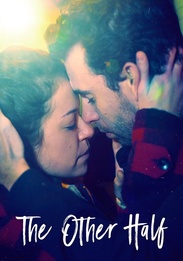 Nickie Bellow is a self-destructive drifter ever mourning the disappearance of his younger brother. Having abandoned a life of promise in his native UK, he has spent the inaugural years of adult life drowning grief in alcohol and violence. By the 5th anniversary of his brotherâs disappearance he has reached his nadir - fired from his menial job, he is poised once again for an aimless life. Then he meets Emily: The two form an immediate, inseparable bond â it is love at first sight deepened by a shared sense of sorrow.