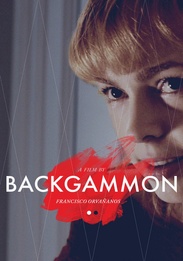 When Andrew invites Lucian and his girlfriend, Elizabeth, for a weekend vacation, they donât expect Andrewâs sister, Miranda, and her Baudelaire-obsessed boyfriend, Gerald, to show up as well. Overwhelmed by Geraldâs antics and the constant irritating horseplay with Miranda, Andrew and Elizabeth split. Lucian, however, decides to stay, as the simmering sexual tension develops between him and the flighty, flirtatious Miranda. When Gerald explodes after losing everything during an alcohol-fueled poker game with Lucian, Miranda finally gives him the boot. But as she and Lucian begin to dance around each other, their surroundings show threatening signs that Gerald might never have left.