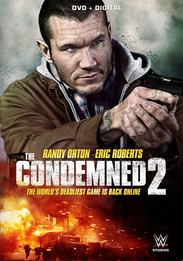 WWE Superstar Randy Orton and Eric Roberts ignite a powder keg of action in this explosive follow-up to The Condemned. After a failed mission to capture the leader of a deadly gambling ring (Wes Studi), bounty hunter Will Tanner (Orton) becomes the huntedâa human target in a game in which contestants must kill or be killed. As high rollers bet on who will survive, Will, his dad (Eric Roberts), and members of Willâs team wage an all-out war against the gameâs mastermind (Steven Michael Quezada).

Rated R for violence throughout and language.