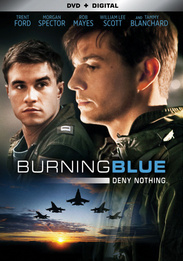 They have been trained to meet danger head-on, to execute vital strategic maneuvers while flying at breathtaking speeds. But after a series of fatal accidents, a close-knit squadron of male Navy pilots begins to splinterâand becomes the focus of a criminal investigation. As a government agent digs to uncover the cause of the accidents, two of the pilots engage in a secret, forbidden relationship. Their affair is exposed...and the squadron is engulfed by an incendiary scandal that will challenge each pilot's notions of friendship, love, honor and courage.

Rated R for language, some sexual content and graphic nudity.