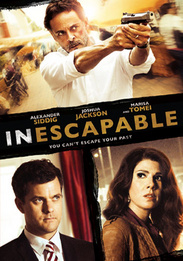 It is late January, 2011. The Tunisian government has just fallen and protests are building in Cairo. Adib Abdel Kareem, a Syrian expatriate (Alexander Siddig), has made a successful, new life for himself in Canada. When his daughter, Muna, goes missing in Damascus, he must return to his homeland for the first time in two decades to find her, and calls on Fatima, a former love he had to leave behind (Marisa Tomei), to help him. A Canadian embassy official (Joshua Jackson) is at first helpful, but may have an agenda of his own.

Rated R for some violence and brief language.