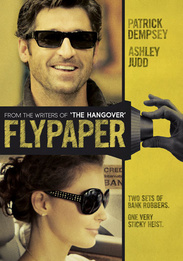 Tripp Kennedy (Patrick Dempsey) ambles into a bank near closing time, just as two different gangs unwittingly converge to rob it. A shoot-out erupts, and Tripp tackles the smart, pretty teller, Kaitlin (Ashley Judd), to protect her. The gangs--one clearly made up of pros and the other a couple of buffoons--have deadlocked themselves in a Mexican standoff. The bank's security system starts the end-of-day lockdown and seals everyone into the building. As the night evolves, a hilarious game of cat and mouse ensues as Tripp and Kaitlin try to save the day, escape being killed, and avoid falling in love...almost.