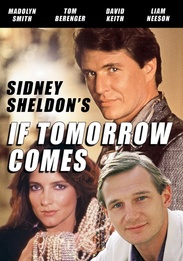 If Tomorrow Comes If Tomorrow Comes, the seven-hour mini-series based on Sidney Sheldon's best-selling novel about a bank clerk turned globe-trotting cat burglar. When Tracy Whitney (Madolyn Smith, Urban Cowboy, All of Me) tries to get justice for her wronged mother but finds herself framed by gangsters and sent to jail, she is soon recruited to be a master thief. Once pardoned from prison, Whitney dons over a dozen disguises grifting her way around the world, where she eventually crosses paths and falls for, rival con artist Jeff Stevens (Tom Berenger, Platoon, Inception).