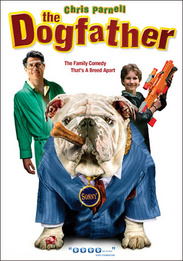 Sonny, a mobster's bulldog, swallows his master's precious ring and runs away. With two bird-brained henchmen on his tail, Sonny finds a new home in the suburbs with the Franks family. Twelve-year-old Josh and his mom think Sonny is really cool and super smart, but his stressed-out dad Brian (Chris Parnell, Saturday Night Live), wants to get rid of this "slobbering pooing machine." Brian has a change of heart when Sonny is dognapped and he realizes how much Sonny means to his heartbroken family. Now, it's up to Brian to save Sonny with some unexpected help from Josh and his friends in this riotous adventure in the tradition of Beethoven.

Rated PG for some rude humor.