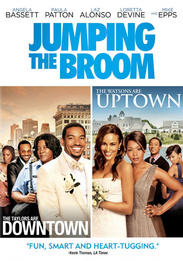 A collision of worlds when two African-American families from divergent socioeconomic backgrounds get together one weekend in Martha's Vineyard for a wedding. Taylor is caught in a six-month whirlwind romance that includes nights at the opera, long-stem roses and live performances from R&B crooner El DeBarge and proposes to Watson at the beginning of the film. Watson, who has to move to China for business, happily accepts. But doubts about their impending marriage begin to seep in when they confront difficult future in-laws, pressure from friends, and revelations of dirty secrets.