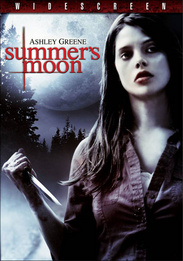 Eager to find her estranged father, Summer (Twilightâs Ashley Greene) sets out on a cross-country journey but soon has a slight run-in with the law. Much to her amazement, a local handyman rescues her. Itâs an unusual connection, but she is quickly charmed and accepts his invitation to spend the night. The following morning she is in for a rude awakening when he decides to change the rules of attraction by trapping her in his house. Taken prisoner in the demented strangerâs basement, her dream has come to a bitter end and her real-life nightmare has only just begun.